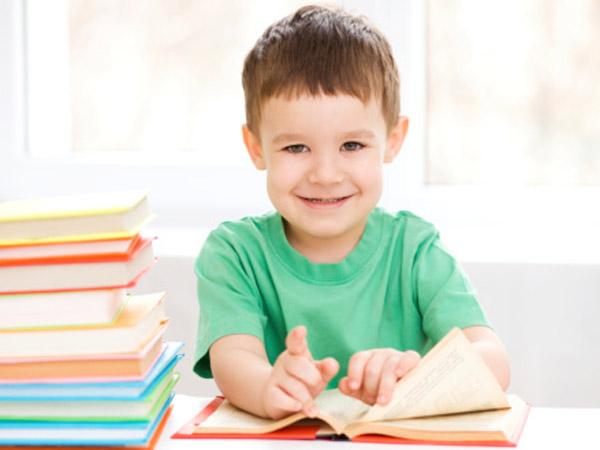 Foster your child’s emotional intelligence to help her succeed in school and life.

There was a time your duties as a parent stopped at providing food, shelter, clothing and education. But now with greater awareness of the different types of intelligences, you can make your child aware of emotions and how to deal with them. This will foster emotional intelligence, for emotional quotient or EQ has in recent times been thought to be just as important as IQ.

Educators and parents were initially focused on IQ – the conventional method for testing intelligence. The shift swayed towards mathematical skills, verbal analysis, and abstract analogy skills, which were proven to gauge the intelligence of a person and predict, to a certain degree, their academic success.  However, IQ tests had limitations. IQ tests largely measured school-related knowledge and skills, and behaviours that were thought to be related to school expectations. And for the ones branded to have average IQ, it became a self-fulfilling prophecy, limiting their pursuit for higher order goals.  Increasing media attention on a concept which became popular after the phenomenal success of the book by Daniel Goleman – ‘Emotional Success, Why it can matter more than IQ‘ changed perspectives. His perspectives on emotional intelligence allowed one to predict school success as well as success in career and life.

What Is Emotional Intelligence?

Daniel Goleman says that schools and homes should not focus solely on academics, while ignoring the social-emotional aspects. In fact, his theory says that feelings are more important than rational thinking skills, to make good personal and occupational decisions. The good thing is that these skills can be nurtured, and with lots of empathy and optimism, you can guide her to become intelligent in this imporant aspect.

Start as early as possible. You would have instinctively done this – when you sang her songs, smiled at her, laughed with her, hugged her when she fell – all these gestures make you a model for empathy and make her feel secured and loved. Read Books Read books that talk about emotions, and discuss the emotional situations. Stories that present emotional dilemmas provide a good talking point. Make this reading period a relaxed-time activity, without taking the fun element out. Act out the emotional reactions in the book with your child or prompt her with questions like “How do you think this character feels?”, “How should the boy respond to make his sister feel better?”

Be A Role Model

Your child learns lots just by watching the way you handle your own feelings, and how you interact with others in social contexts. Experts say that mirror neurons in our brains make us predisposed to copying behaviour of others. Help Your Child Understand Himself Help your child to understand his own emotions and how to express them in a respectful way. A child who cannot understand his own emotions will not be able to assess another person’s feelings. If your child is feeling sad, happy, excited, frustrated  –  ACKNOWLEDGE it.  Help him by giving a name to his feelings – eg. “I think that you are feeling sad because your friend is away on holiday”,  “I think you might be frustrated because you can’t ride your bike, yet without trainer wheels”, “Are you happy because you had a good swimming lesson?”.

Asking children to control and mask emotions may leave them with an “emotional vacuum” which may give rise to emotional explosions later or they may grow up with a lack of empathy for others.

Your preschooler is still learning to interact with his peers and surroundings. At times, he might push his friend or forget to take turns. During such times, take the opportunity to talk it out with him.  “Have you pushed your friend because of a reason or was it an accident“?

Make it clear at the onset that you are open for a discussion. Ask him, “Do you think that if you had done this in a different way, your friend would have listened to you better?” And point out to him “I think that your friend’s feelings are hurt”, and gently encourage him to apologise. Logical reasoning and gentle discussions will teach your child to introspect and analyse his own behaviour in a positive way. Give credit when it’s due. Say, “I noticed how you helped your sister while climbing the stairs, though she did not ask for help.”

Children enjoy cheer and a big dose of approval, especially from you. Give encouragement when he needs it and gift him with positive expectations that he’ll overcome the rough spots of life with grace, dignity and optimism. Give credit when it’s due. Say, “I noticed how you helped your sister while climbing the stairs though she did not ask for help”. A comment like that would help your child appreciate his own good qualities and enjoy the recognition and try to live up to this identity of being ‘nice and helpful’.

Be An Emotional Coach

Rehearse with her often by gently prompting her to think about what she should do – like when her friend is sick. Guide her in problem-solving when she has a conflict with a buddy. Suggest appropriate alternatives to sticky social-emotional situations such as situations when she is not invited to a friend’s party. Kids can sometimes say things that can be rude, mean and hurtful, but make it easy for her to apologise when she realises her mistake. Teach her to think for a moment before she says something in anger,  envy or when she is sad. Impress upon her that what she says will not disappear when her bad moods are gone. Teach her strategies like ‘counting to ten’ or ‘recalling her list of 5 favourite cartoon characters’ while waiting for her anger to disappear.

Follow Up: Get every participant to write down their feelings on the piece of cardboard and paste it up to make a feelings family chain (eg. Under ‘Happy’, you could include feelings like contented, satisfied, glad. Include complex feelings too like envy, embarrassed or pity.

This activity helps kids understand how they are feeling and they also learn to recognise and describe the specific feeling.

Objective: To understand how moods change and what kids can do during good and bad moods

Follow Up: Ask every participant if they feel the mood that they mentionedCheck the source of the mood…eg was it created after arriving home, or was it generated in school Ask what is the cause of the bad mood –  family, friends?Ask what they can do to make the bad mood go away – take a sho 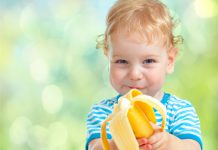 LEARNING ON THE GO